Still in Meaux we had a good look round today after popping into town for some essential sandals I’d fallen in love with (ahem).

So we went to the cathedral and looked at the garden we had heard so much about.  No dogs allowed so this was as far as we could go. 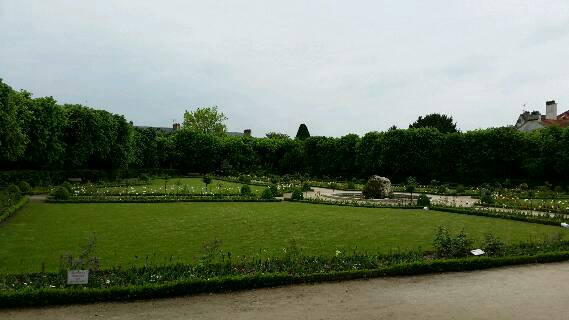 Walking a little further we discovered a Medieval town square.

Above is one which is partly fake. 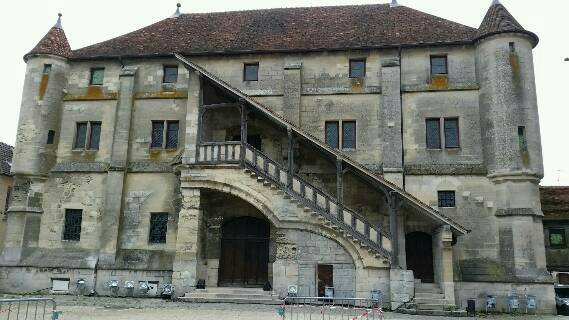 This one’s real as far as I can see.  There was a few Medieval type people wandering about and seating set up so I think there will be a display later on today.

Then off to the local market for some veggies for our special guests coming tomorrow.  It seems when they hear an English voice a few euros are added on to the price! 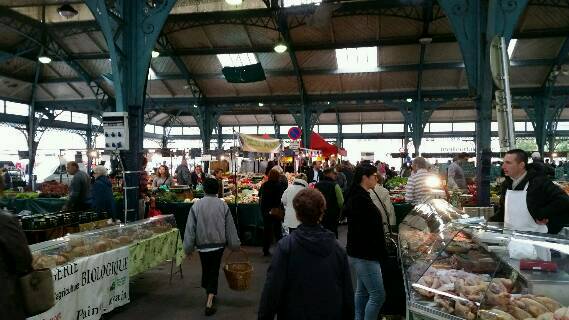 Teddy was nearly attacked by a tiny poodle with a bad attitude (I had my foot ready in case).  He’s so gentle I hate it when he’s picked on.  Plus I admit I’m getting very protective towards him in his old age.  His sight is poor and he gets so confused at times.  Basically he has me wound around his paw!