As you know, the only residents of Avalon are me, Kevin, Teddy and Herbie.  Well that’s what I thought until I spotted this little chap who is still with us after about a year. 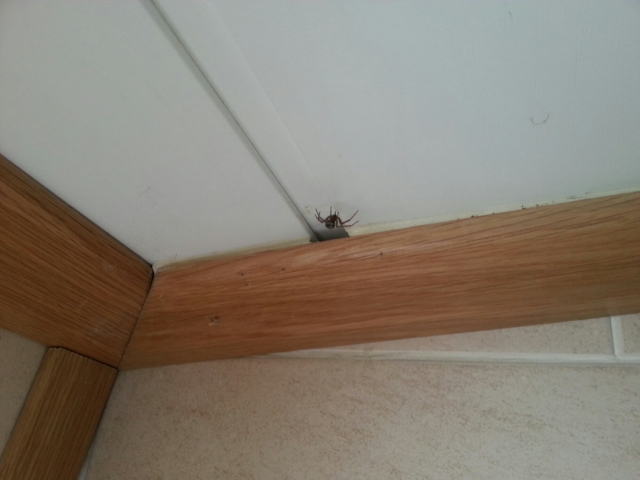 This spider has been staying (rent free I might add) in the bathroom for so long I don’t even notice him now.

I have no idea what he lives on although he is close to the window so maybe things fly in occasionally.

As you’ve probably guessed today has been a bit slow,  taken up mainly with crew duties (cleaning) feeding the Captain and exercising the younger crew (dogs).  No more cattle rustling I’m pleased to say.  There’s been a bit of rain just to remind us that we’re not that far from England.

That’s about it … moving on tomorrow to Ypres which should be a bit more interesting.